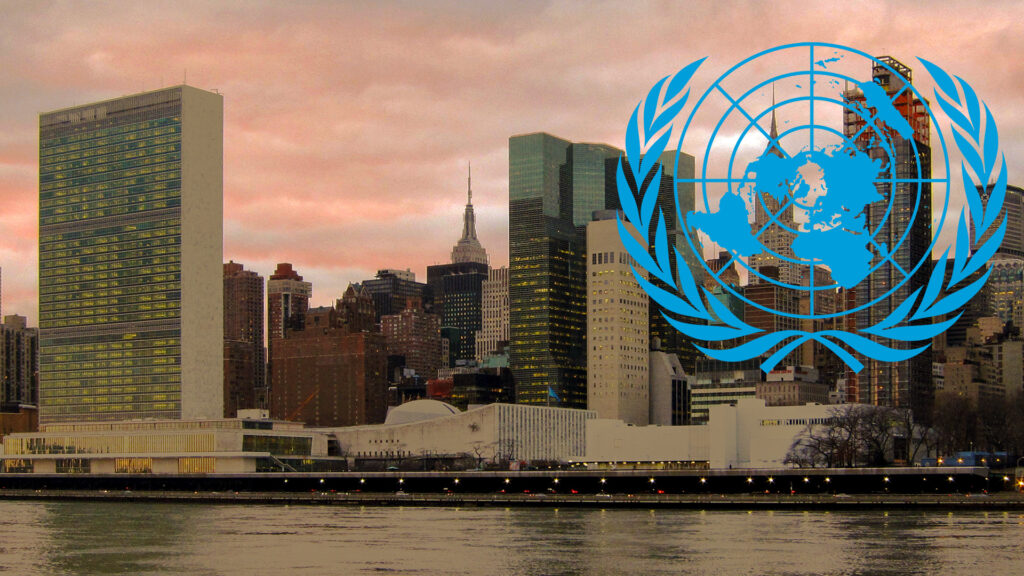 The United Nations, despite having voted for the re-establishment of the Jewish state in 1948, remains a cesspool for anti-Israel and anti-Semitic bias. The most striking recent example came in an interview (link is external) in which Miloon Kothari, a member of the UN Human Rights Council (UNHRC)’s Commission of Inquiry (COI) for Israel and the Palestinian Territories, blamed “a Jewish lobby” for obstructing the body’s work. The commission, he said, “is disheartened by the social media that is controlled largely by — whether it is the Jewish lobby or specific NGOs.” He went on to muse: “I would go as far as to raise the question of why are they [Israel] even a member of the UN.”

This plainly anti-Semitic comment should lead to both Kothari’s resignation and the commission’s wholesale dissolution. Kothari believes that Jews control the media and impede the work of the UN. Jews, he further implies, anathema to the UN — that is to say, the family of nations.

We are encouraged that the United States, the European Union and a number of other countries denounced (link is external) these utterances. Even some UN representatives, while claiming themselves incapable of forcing a member of the Commission of Inquiry to resign, expressed concern about Kothari’s comments. This includes the press office (link is external) of Secretary-General Antonio Guterres.

But that response simply does not suffice. The commission’s other two members, Navi Pillay and Chris Sidoti, both have a record of troubling statements. Sidoti recently claimed(link is external) that “Jews throw around accusations of anti-Semitism like a rice like at a wedding.” Pillay claimed (link is external) that Kothari’s comments “seem to have been taken out of context” and that the commission “feels it necessary to clarify certain issues given the seriousness of the accusations.”

These statements show how manifestly unfit this commission is to continue in its role. The Commission of Inquiry was established by the UN Human Rights Council following Israel’s response to Hamas terrorists firing 4,000 rockets(link is external) at civilians in May 2021. Its resolution(link is external) makes no mention of the terrorist group Hamas, nor of Israel’s right to defend herself from terrorist attacks. With no clear mandate and unlimited funding, this one-sided COI is nothing short of an assault on our democratic ally and the world’s only Jewish state.

The UN’s credibility as an honest broker in the region, which already has been spent, will be further overdrawn by the existence of the bias that’s now been clearly established. Both Israel’s Prime Minister Yair Lapid(link is external) and the Biden administration (link is external) have rightly demanded the commission be defunded and called for Kothari’s dismissal.

The UN could play a productive role in fostering peace in the Middle East. Instead, it is bent on producing biased reports against the state of Israel and serving as a hotbed for the new antisemitism, in which hatred of Jews is presented as human rights activism. From the notorious 1975 General Assembly resolution(link is external) equating Zionism to racism, to the Goldstone report(link is external) in the wake of Operation Cast Lead, the UN has a miserable record on these matters. It could start down the long road to improving its reputation by sacking Kothari and disbanding this kangaroo-court panel.

The COI has repeatedly and opportunistically applied its open-ended mandate and disproportionate budget to dishonestly undermine Israel’s defensive military action. The commission places unfair blame on Israel for supposedly perpetuating conflict in the region while willfully ignoring the countless instances in which the Palestinian Authority (PA) has operated in bad faith at the negotiating table, including frequent incitement of violence against Israel and its civilian population. President Mahmoud Abbas and other PA officials have directly encouraged violence, murder, and hatred directed against Jews, particularly through “pay-for-slay”(link is external) schemes that promote the killing of Jews and Israelis for profit.

It is irresponsible and dangerous to minimize the existential threats facing Israel. Violence by terrorist organizations, including Hamas, which the commission refuses to label as a terror group, and particularly of Islamic Jihad, which fired more than 1,100 rockets (link is external) at civilian targets in Israel at the beginning of the month, threaten to tear apart the very fabric of Israeli society.

Israel has a fundamental right to defend herself in accordance with international law. The nations of the world must condemn the UN commission for the anti-Israel farce that it is and unite against anti-Semitism, whenever and wherever it rears its ugly head.

In September, leaders from around the globe will convene in New York for the 77th session of the UN General Assembly. Let this be the year that we join together in solidarity against Jew-hatred and against the isolation and demonization of Israel. A good start would be to disband the biased and hateful Commission of Inquiry.

Daroff is the chief executive officer of the Conference of Presidents of Major American Jewish Organizations.

The Conference of Presidents is the leading umbrella organization and the effective advocate for American Jewry.

Disgusted, but not surprised, by Ye declaring “I do love Hitler” Alex Jones show. Ye’s filth has nothing to do with free speech and everything to do with promoting hate and normalizing antisemitism. “The hate that begins with Jews never ends with Jews” – @rabbisacks