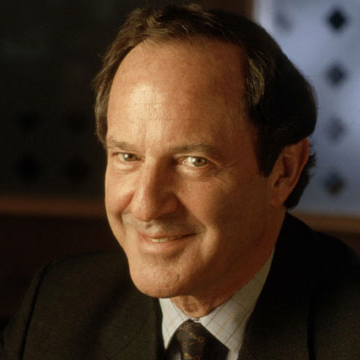 Mortimer B. Zuckerman is the Chairman and Editor-in-Chief of U.S. News & World Report and is the Chairman and Publisher of the New York Daily News.  He is also the co-founder and Executive Chairman Boston Properties Inc. and a regular commentator on The McLaughlin Group.

He has received honorary degrees from Colby College, Southampton College, Hebrew College, Berkeley College, the Icahn School of Medicine at Mount Sinai and an honorary Doctorate of Laws from McGill University. Mr. Zuckerman was awarded the Commandeur De L’Ordre des Arts et des Lettres by the government of France, the Lifetime Achievement Award from Guild Hall, the Gold Medal from the American Institute of Architecture in New York, the Sy Syms Humanitarian award from Yeshiva University and a Queen Elizabeth II Diamond Jubilee Medal from the Canadian government.