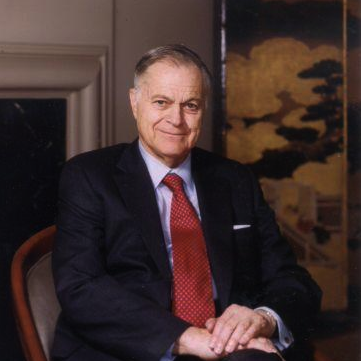 Harold Tanner has spent his entire business career as an investment banker and is currently President of Tanner & Co., Inc., a private investment banking firm, which he founded in 1987.

Mr. Tanner began his career at Blyth & Co., Inc. in 1956.  He was elected Vice President and Director in 1967 and Director of Research in 1969. He joined Rothschild, Inc. (formerly New Court Securities Corporation) in 1969 holding the position of Executive Vice President. He joined Blyth Eastman Dillon & Co. in 1977 as Executive Vice President, Member of the Executive Committee, Head of Corporate Finance, and was named Chairman of the Operating Committee and Chief Operating Officer in 1979. Mr. Tanner joined Salomon Brothers in1980 as Managing Director and Head of Corporate Finance.

He was Chairman of the Conference of Presidents of Major American Jewish Organizations from 2005-2007 and then from 2008-2009.

Mr. Tanner’s roles with the American Jewish Committee include that of President and also Chairman of the Board of Trustees.  He was a recipient of the Herbert Lehman Human Relations Award.  He was Chairman of the Transatlantic Institute from 2004-2005 and from 2010 to present.

Mr. Tanner’s positions with Cornell University included that of Trustee from 1982-2002, Chairman of the Board from1997-2002, Chairman Emeritus from 2002 to present.  He is a Life Overseer of Weill Cornell Medical College.

He is married to Nicki Tanner and they have three children and eight grandsons.